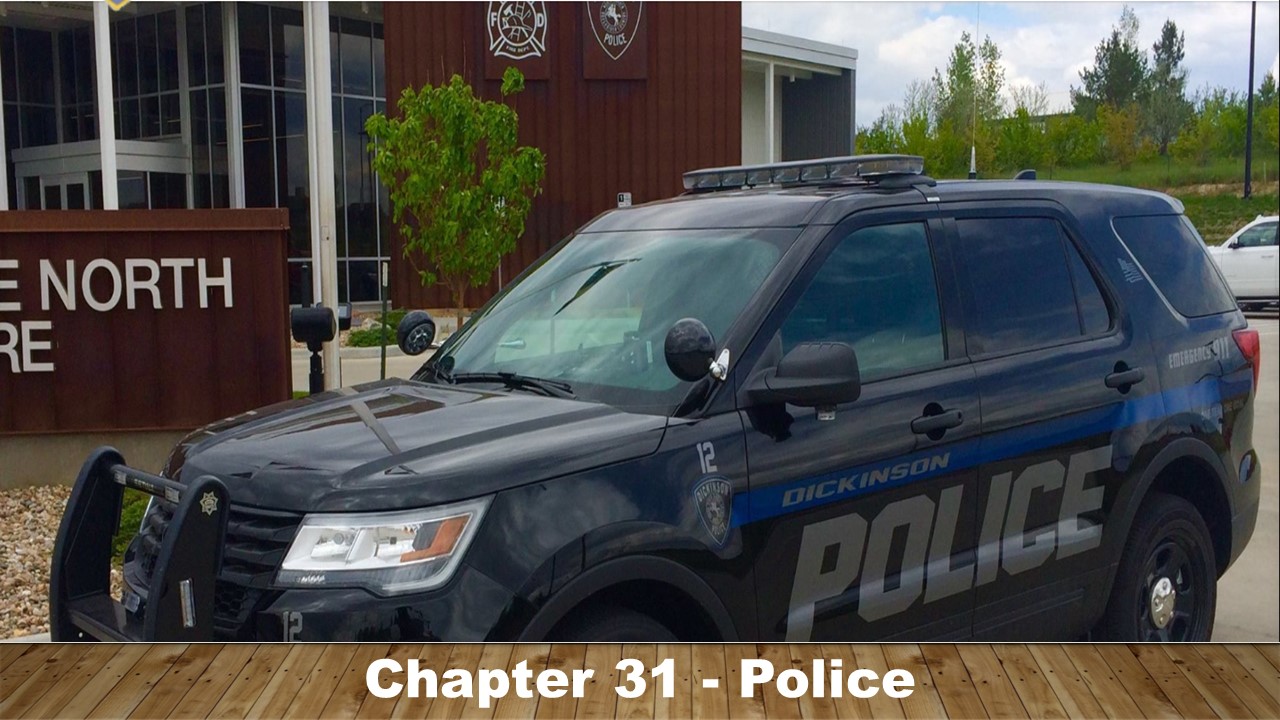 For authority of city to regulate the police of the city and to pass and enforce police ordinances, see NDCC, § 40-05-02 (9).

The police department shall consist of a chief of police and such number of policemen as from time to time may be deemed necessary by the board of city commissioners; provided, however, that the police commissioner may appoint extra policemen in case of emergency. (Code 1958, § 25-2.)

The chief of police shall see that the ordinances of the city are strictly enforced. He shall report to the board of city commissioners any violation of the ordinances or anything occurring within the city which, in his opinion, is detrimental to the health or safety or good order of the city. He shall at all times be subject to and obey the orders of the commissioner of police and perform such other additional duties and orders as the board of city commissioners may prescribe and shall have supervision over the other members of the police department. (Code 1958, § 25-3.)

All police officers of the city shall, within the city limits and for a distance of one and one-half miles in all directions within the state next outside the city limits, perform the duties and exercise the power of peace officers as defined and prescribed by the laws of the state and shall also have power and it shall be their duty to serve and execute any warrants, writs, process, order or notice issued to them by any court so authorized by state law within the city in any civil or criminal action or proceeding for or on account of a violation of any city ordinance, or in any action or proceeding in which the city is a party or beneficially considered, and, in addition thereto, shall perform such duties as shall be prescribed by the ordinances of the city and shall also have power within such limits to serve and execute all writs and process whatsoever issued by such justices in civil actions. (Code 1958, § 25-4.)

Those certain Peace Officer’s Standards for North Dakota as previously adopted and published by the North Dakota Combined Law Enforcement Council on May 30, 1974, copies of which are on file in the office of the city auditor, are hereby adopted as a part of this Code. (Ord. No. 640, § 1.)

Arrests of persons by a policeman without a warrant shall be done only in compliance with state law.

It shall be unlawful for any person to resist or oppose any police officer in the discharge of his duties. (Code 1958, § 21-7.)

(a)        For the purposes of this section, the following definitions shall apply:

(3)        The term “department” is defined as the city police department and city fire department, unless otherwise indicated.

(d)       The false fire alarms as contemplated and defined under section 13.04.060 of this Code are not subject to this section and shall be prosecuted as therein stated.

There is hereby created a fund to be known as the Dickinson police department asset forfeiture fund. The fund consists of funds appropriated by the board of city commissioners and additional funds obtained from moneys, assets, and proceeds seized and forfeited pursuant to North Dakota Century Code section 19-03.1-36, from restitution by defendants of official funds previously expended in an investigation, and amounts remaining from the forfeiture of property after the payment of expenses for the forfeiture and sale authorized by law. The total aggregate amount in the fund may not exceed thirty thousand dollars, and at the end of each fiscal year any moneys in excess of that amount must be deposited in the general fund. The funds are appropriated, as a standing and continuing appropriation, to the Dickinson police department for the following purposes:

(a)        For obtaining evidence for enforcement of any state criminal law or law relating to the control of drug abuse or any other criminal investigation specifically determined by the chief of police.

(b)        For paying, at the discretion of the chief of police, awards for information or assistance leading to a forfeiture under North Dakota Century Code section 19-03.1-36, or a federal forfeiture action.

(c)        For paying, at the discretion of the chief of police, subject to approval by the board of city commissioners, any expenses necessary to seize, detain, inventory, safeguard, maintain, advertise, or sell property seized, detained, or forfeited pursuant to North Dakota Century Code section 19-03.1-36, or of any other expenses incident to the seizure, detention, or forfeiture of such property.

(d)       For equipping for law enforcement function, forfeited aircraft, vehicles and vessels retained as provided by law for official use by the Dickinson police department.

(f)        For paying matching funds required to be paid as a condition for receipt of funds from a federal or state government program awarding monetary grants or assistance for the investigation, apprehension, or prosecution of persons violating the provisions of North Dakota Century Code chapter 19-03.1.

(g)        For equipping for law enforcement operations, specialized or necessary equipment which is needed in performing enforcement or investigative operations in and around the city of Dickinson, as determined by the chief of police.

(h)        For “specialized” educational or training programs, within the city’s school district, or specific drug-alcohol related topics as determined by the chief of police.

The chief of police shall, with the concurrence of the city auditor, establish the necessary accounting procedures for the use of such fund. The chief of police and police commissioner shall personally approve, in writing, all requests from the Dickinson police department for the use of such fund and shall be accountable to the board of city commissioners, for the expenditures thereof. (Ord. No. 1022, § 1.)